December 07, 2014
After a move across the country my first priority was not "Where are we going to live?" but, "What is my next bike project going to be?" So I picked up an old mountain bike frame and shuffled around it in the hotel room until I found a place to live.
Almost one year later here it is ready to ride. According to the serial number it is an 87' frame sold in 88'. The tubing is double butted 4130 CROMO and ovalized at the head tube. I retro fitted a new SRAM X7 group onto it and added a well worn Brooks Professional saddle. This is the cleanest it will ever be. 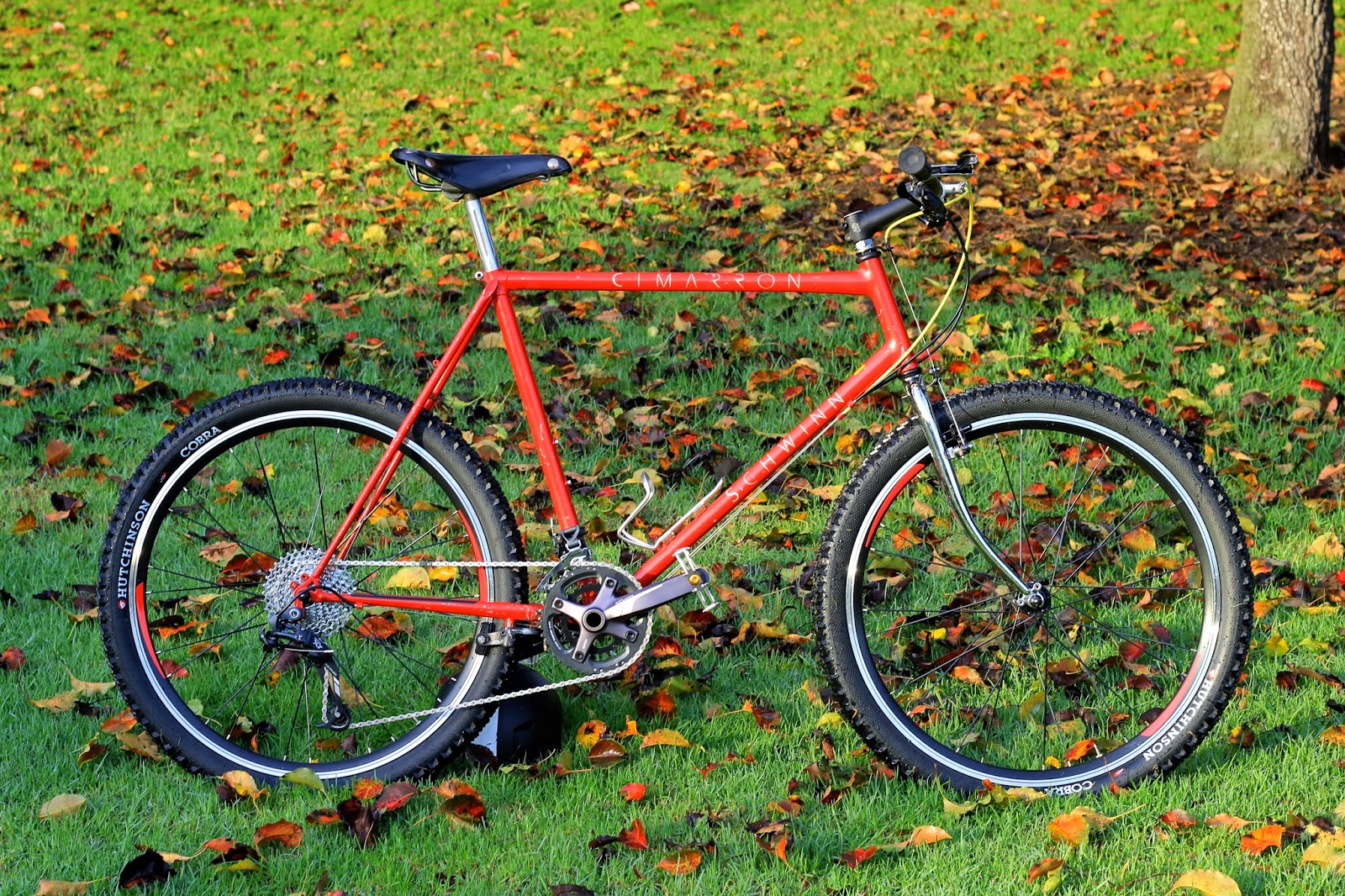 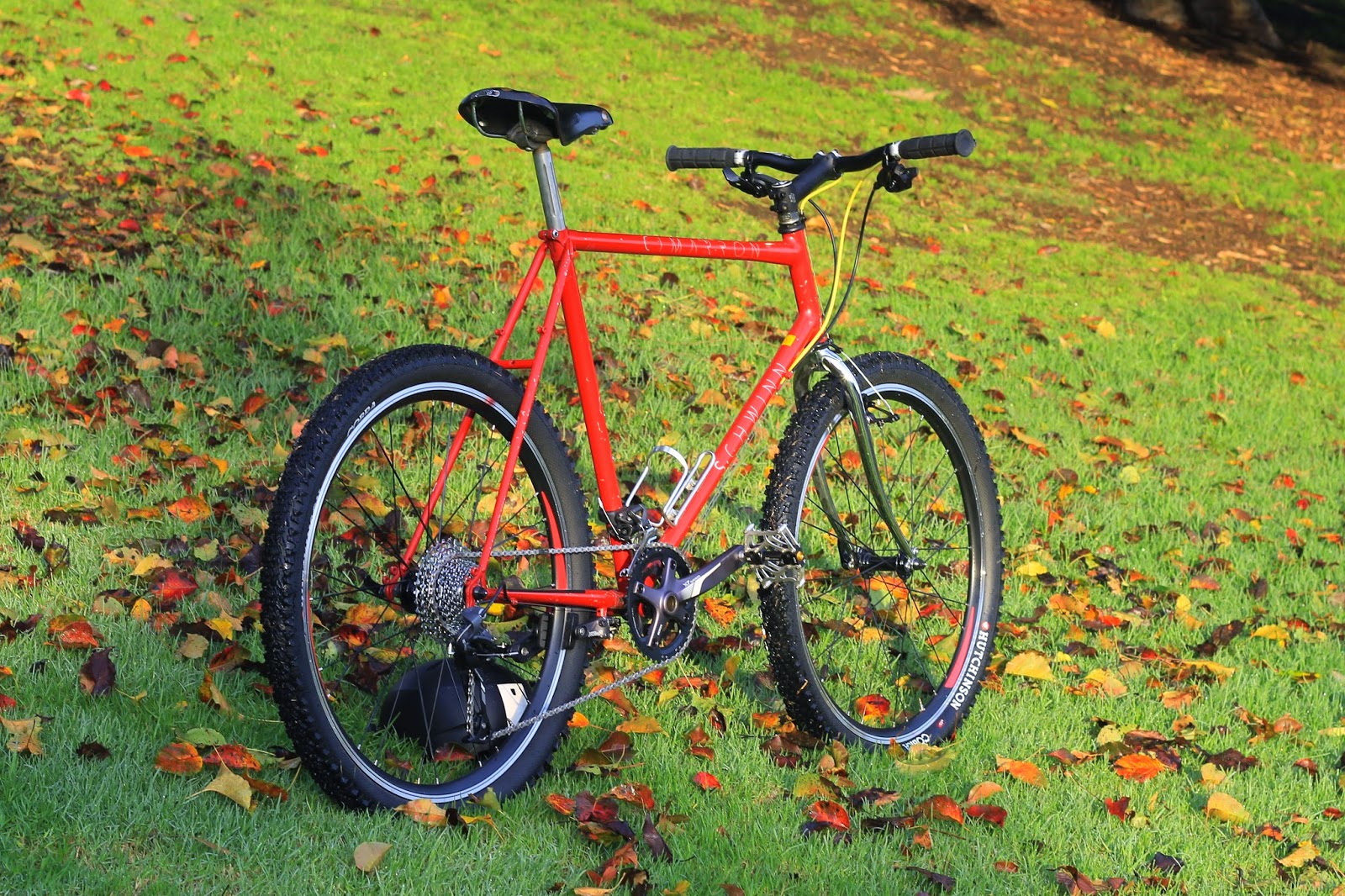 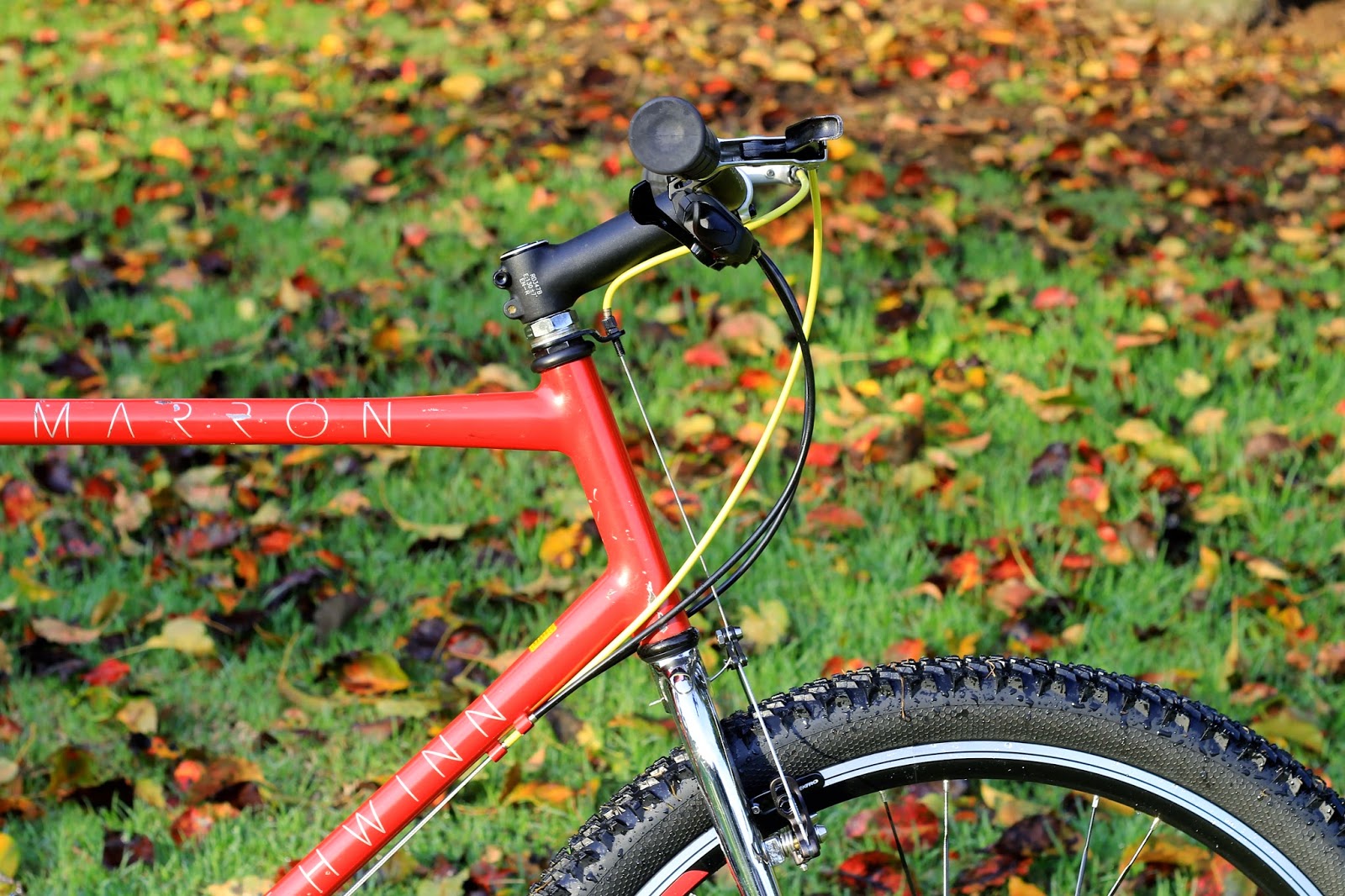 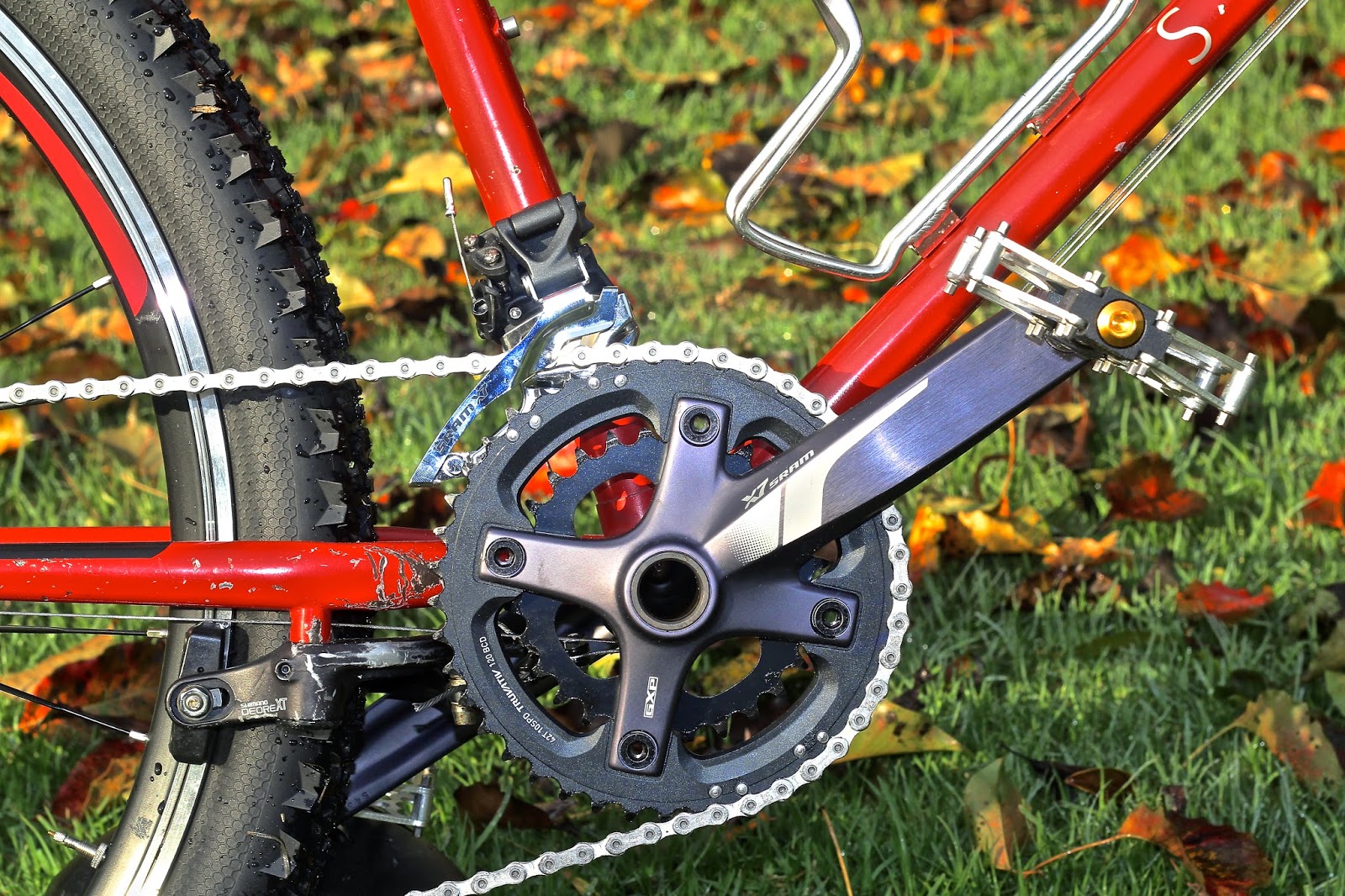 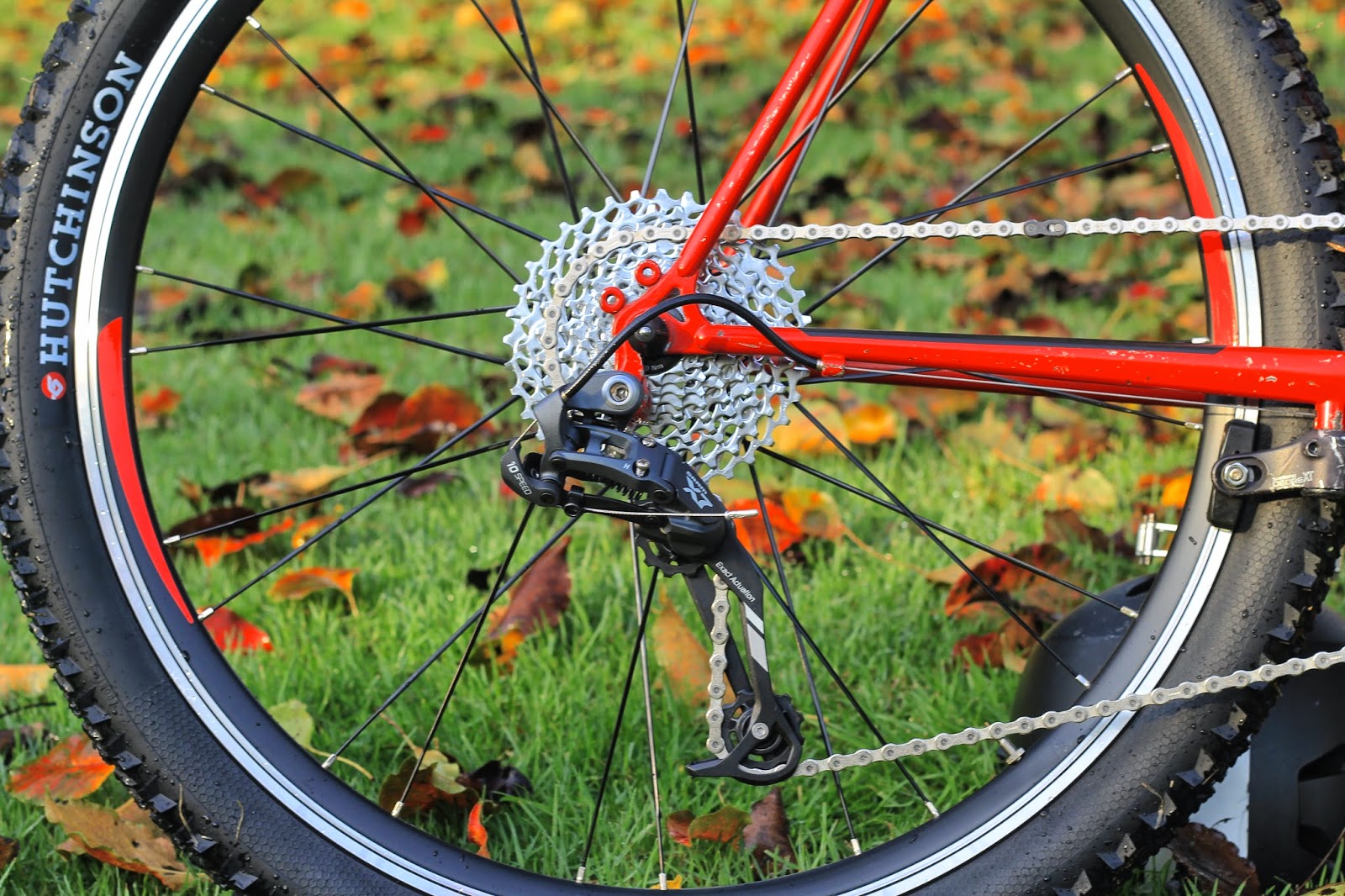 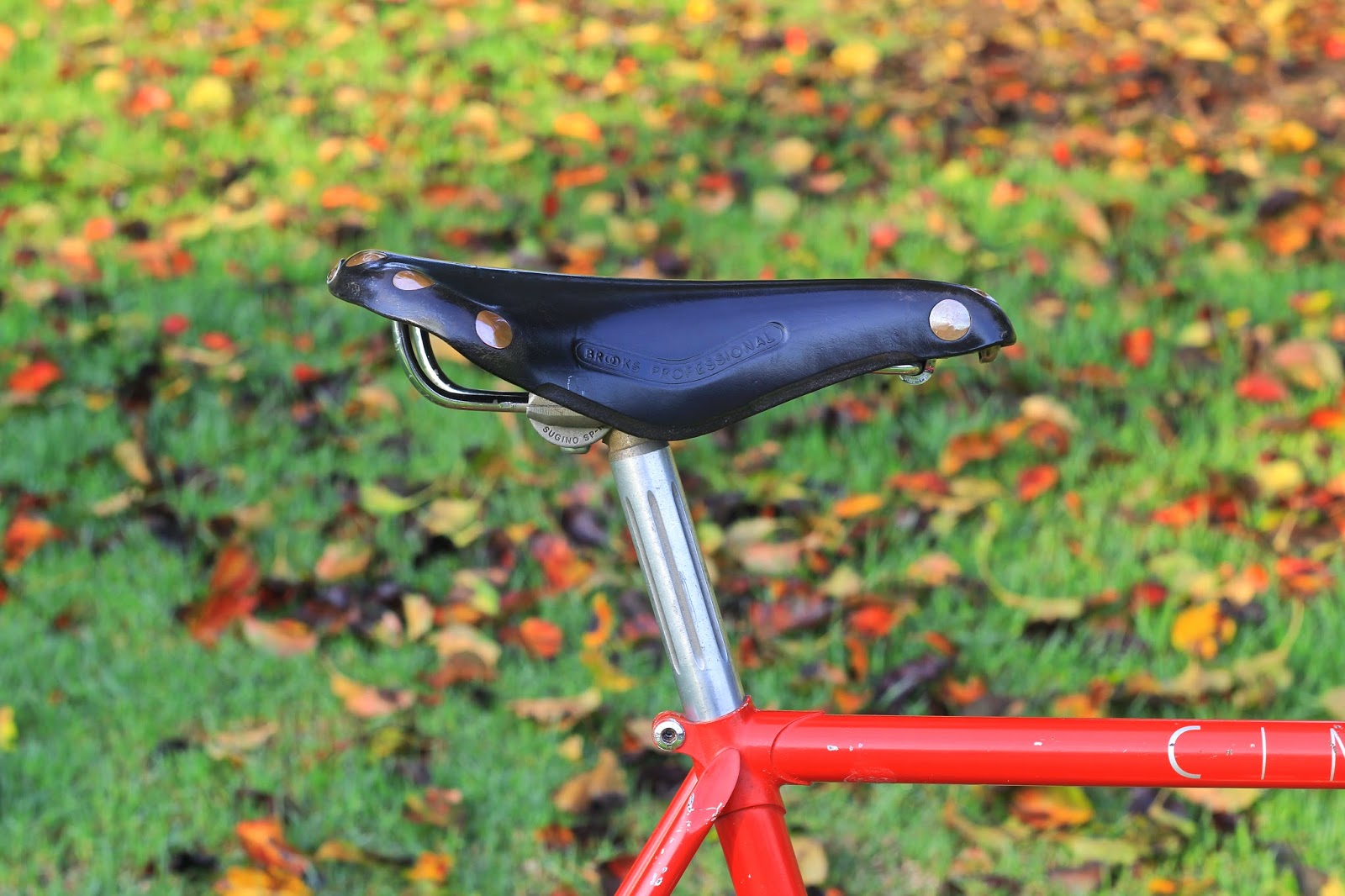 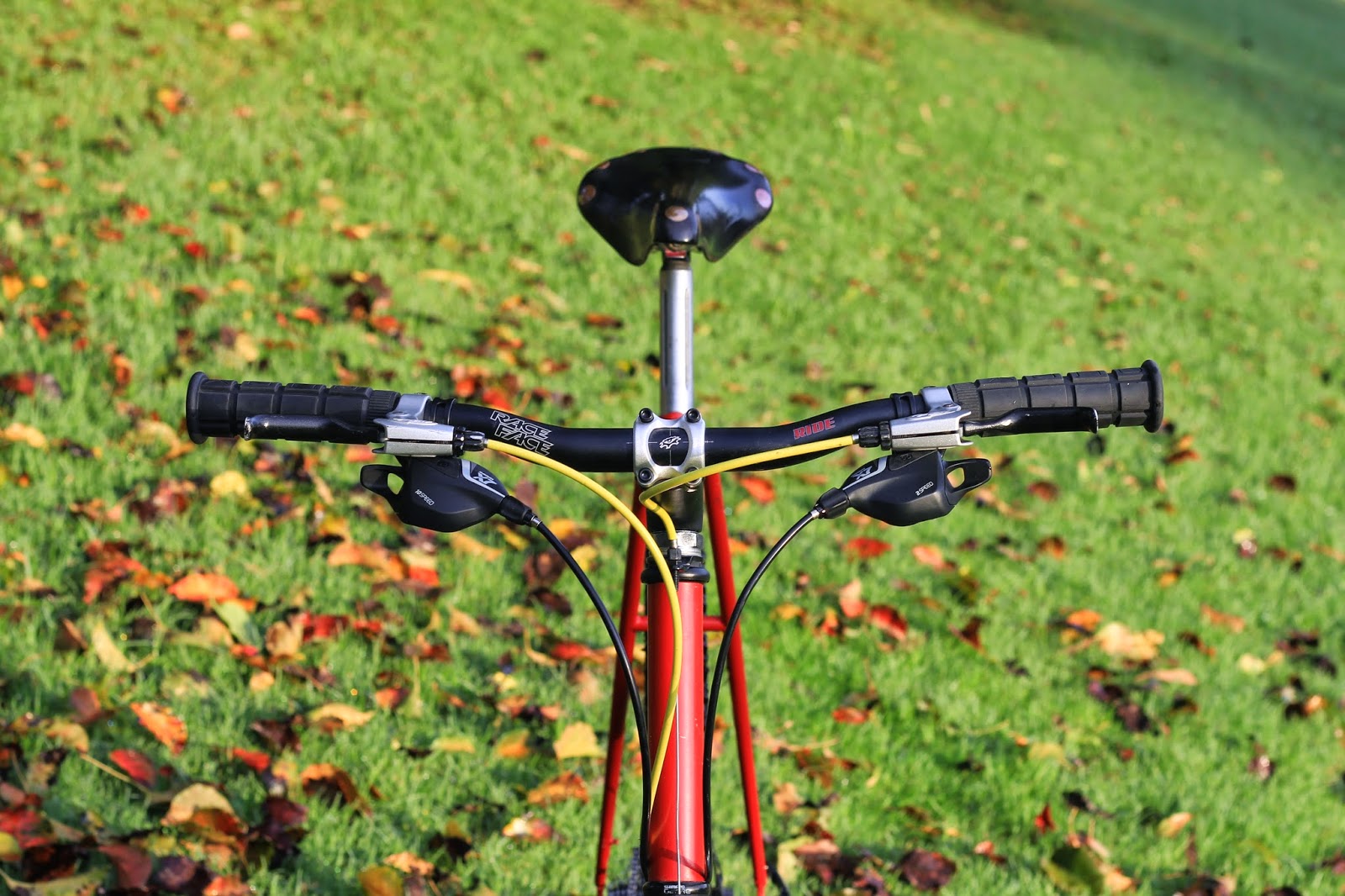 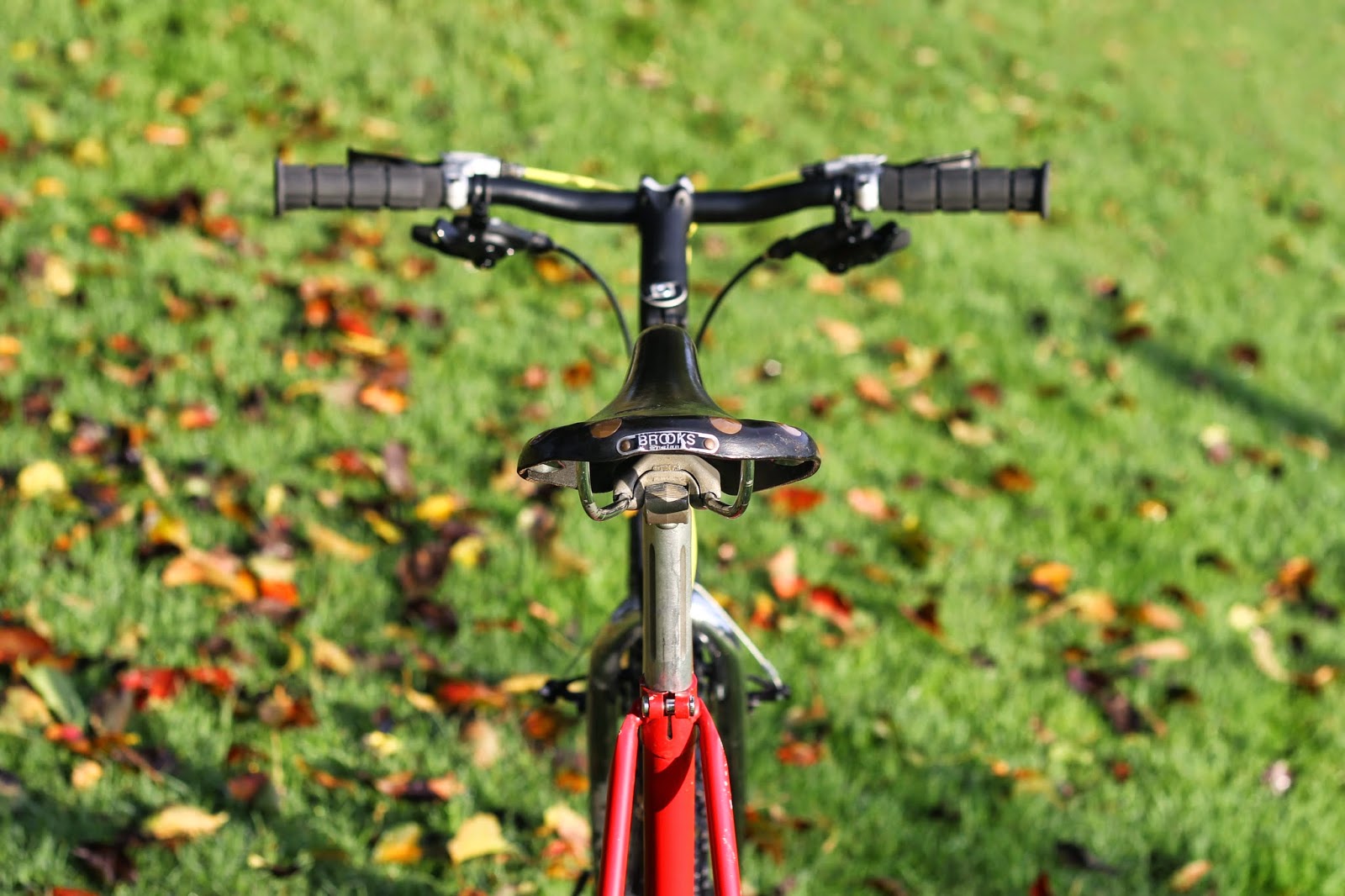 Picture from the 88' Schwinn Catalog courtesy of MOMBAT 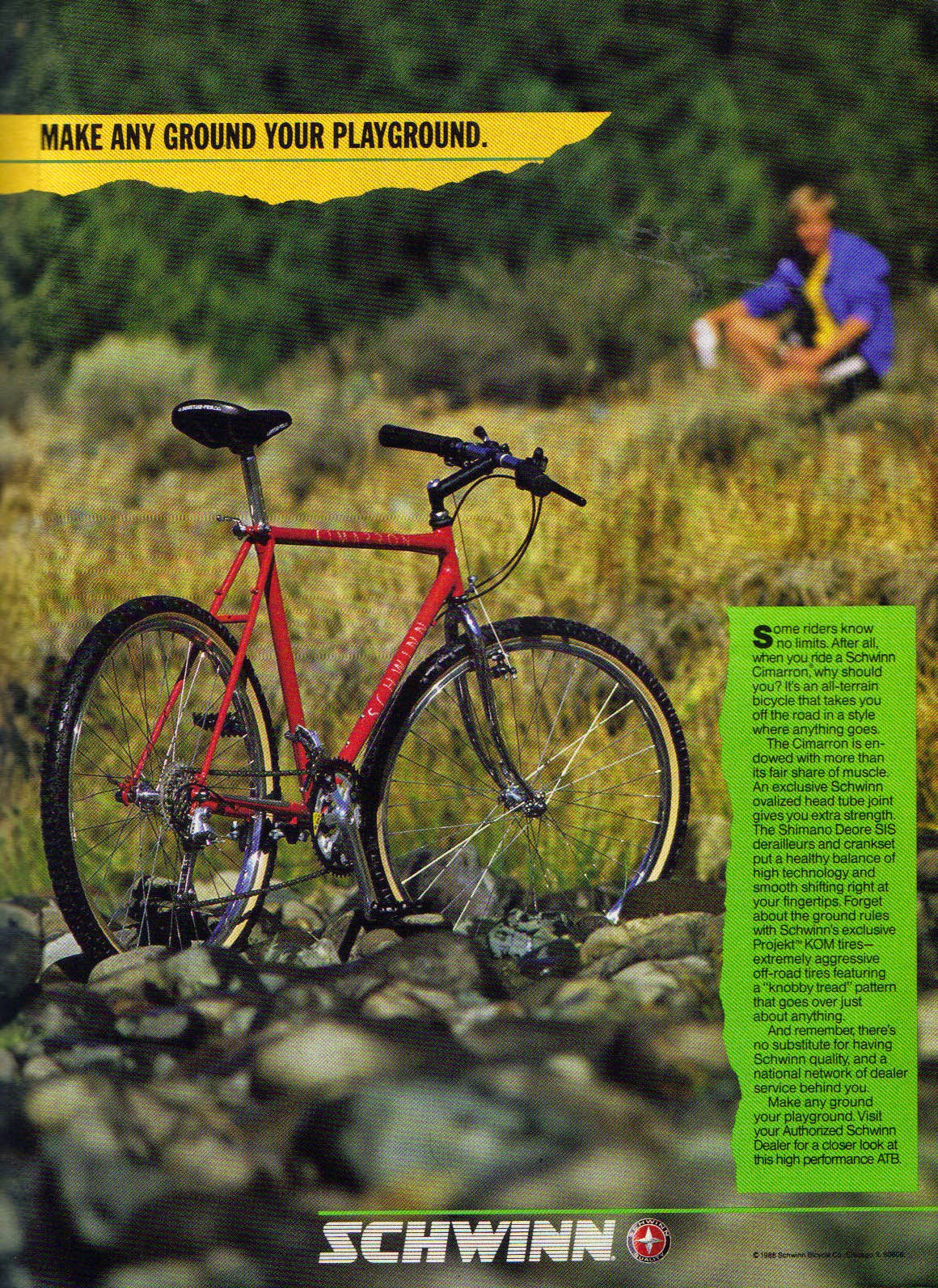 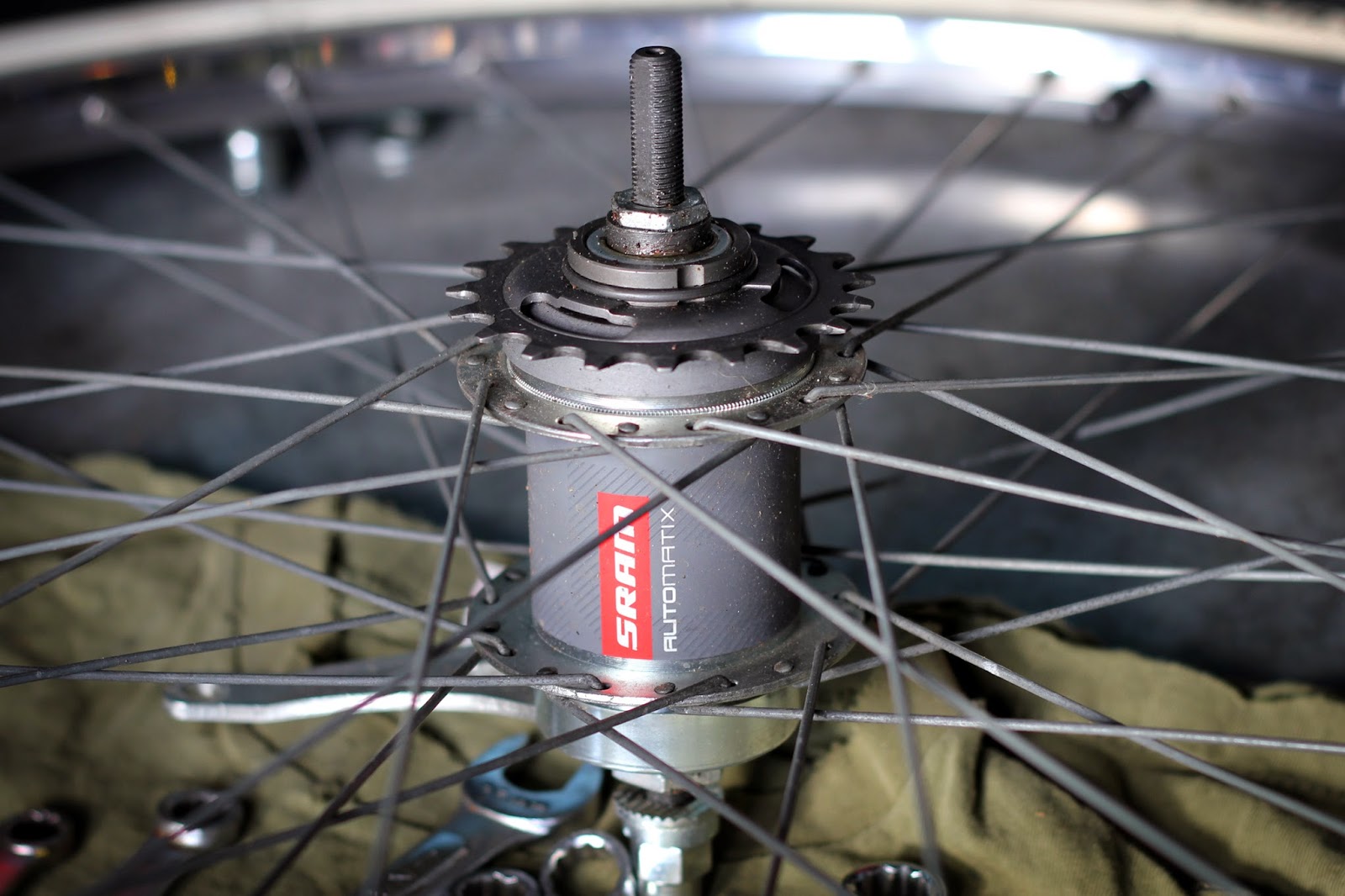 A couple of months ago I purchased a SRAM Automatix 2 Speed hub to replace my old 3 Speed Sturmey Archer on a '74 Raleigh Sports. I loved the idea behind the design. Simplify the function and style of the bike by eliminating the shifters, brakes, and cables, while still allowing for a gear change. After installing it on my Sports I noticed a problem right away. It shifted way too early, before you could get up to speed it would kick into high gear, robbing you of all momentum. Hill climbing was nearly impossible and it made the bike feel sluggish. I went online to see if others had the same problem and found this article:  http://mccraw.co.uk/sram-automatix-review/ . Someone else had the same issue and was able to modify the timing and correct the problem. After reading the article I was interested in attempting to modify the hub but I was hesitant due to not fully comprehending the instructions and the fact that this was a brand new purchase, vs. some old junk I had laying ar 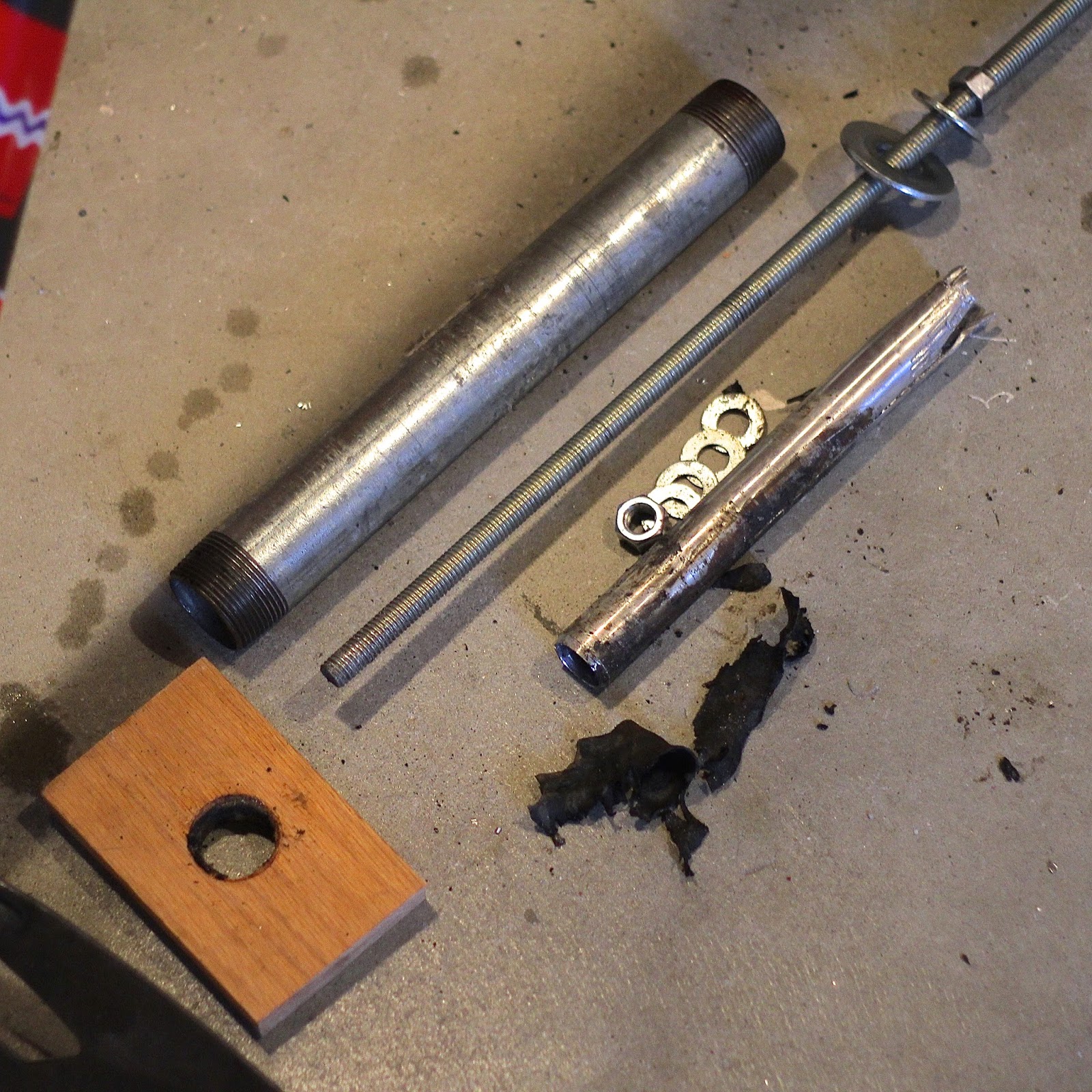 The Seatpost From Hell... (How To Remove A Stuck Seatpost)

A while back I encountered an impossibly stuck seatpost on an old Bianchi. I tried everything from a pipe wrench, to cutting the seatpost in half with a hacksaw blade from the inside out. All efforts failed miserably and added to my frustration. The only method I hadn't tried was pouring acid into the seat tube to dissolve to post. Although curious I was not willing to give it a try. Instead I designed and built my own seat tube extractor with parts from the hardware store for under $30. It worked flawlessly and saved hours of wrestling with the seat post. Once it was removed I could see why I had so much trouble. A previous owner had opted out of a seat post clamp and instead wrapped the seatpost in an inner tube and hammered it into the seat tube. Thanks a bunch... The black stuff is the old inner tube What you'll need: 1. Steel pipe with a diameter slightly larger than the seat tube and longer than the seatpost 2. Threaded rod at least the length of the seat tube